After more than a year of staying close to home, Americans are ready to see the world, and Holland America Line makes it easy for cruise passengers to navigate through a destination on their bucket list with multiple cruises that sail to the Panama Canal. in 2022 and 2023.

An engineering marvel like no other, the Panama Canal provides access between the Atlantic and Pacific Oceans, and thanks to Holland America, savvy travelers can experience the full voyage on one of four ships on a cruise. from 14 to 23 nights.

The 2022-2023 Panama Canal season begins on October 2, 2022 when Nieuw Amsterdam departs from Vancouver to Port Everglades on a 21-night cruise. Travelers looking for a shorter but no less epic adventure can board the ship Oct. 8 in San Diego for a 17-night trip. The cruise visits Mexico, Guatemala, Nicaragua, Costa Rica and the Bahamas in addition to the full daytime transit of the canal.

Later in October, Eurodam depart Seattle on October 8 for a 21-night trip, also picking up passengers in Vancouver (for a 20-night cruise) and San Diego (for a 16-night cruise), to Port Everglades, visiting Mexico, Guatemala, Nicaragua and Costa Rica, as well as the full day transit of the canal.

Finally in 2022, Zuiderdam departs from San Diego on November 17, 2022 and April 4, 2023, visiting Colombia, Nicaragua, Mexico, Costa Rica and Guatemala and a full day transit of the canal before arriving in Port Everglades 14 nights later. 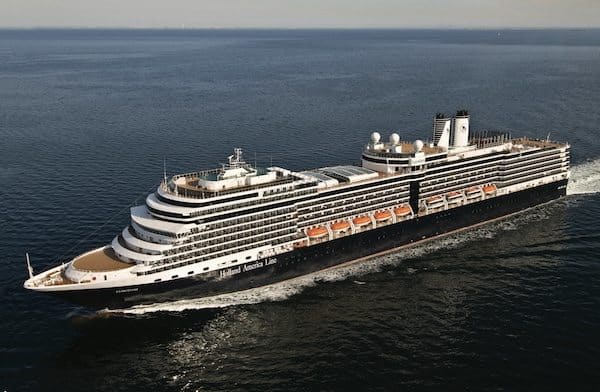 Shorter cruises offer a taste of the canal

For travelers looking for a shorter getaway but still want to experience the Canal, Holland America Line will offer a selection of 10 and 11-night Sunfarer Panama Canal Cruises from Port Everglades offering partial canal transit and exploration of Gatun Lake in central Panama. These cruises in fall 2022 and spring 2023 will sail on Eurodam and Volendam.

Cruise fares start from $ 1,999 per person based on double occupancy.